Geothermal for Mieszkanie Plus programme

The Polish Geological Institute - NRI will support the application of shallow geothermal energy.

The work will be performed for areas covered by the Mieszkanie Plus programme in Poland.

The joint Polish-Norwegian project “Geothermal4PL” will include e.g. a feasibility study for shallow geothermal application and guidelines for the reclassification of geological data necessary for the development of geothermal maps. A training session will also be conducted for geological administration and designers and contractors of heat pump installations.

The project was officially inaugurated on 24 May 2017 during a meeting at the Geological Survey of Norway (NGU) in Trondheim. PIG-PIB experts participated in the GeoEnergi 2017 Conference organised by the Research Partner, Christian Michelsen Research AS (CMR) Institute, earlier on 22 May 2017 and also in the working meeting of the specialist of PIG-PIB, CMR, Norwegian University of Science and Technology (NTNU) and the Center for Renewable Energy Sources (CRES) from Greece and the Commissioner of the City Hall of Bergen for Climate, Culture and Economy on 23 May 2017. 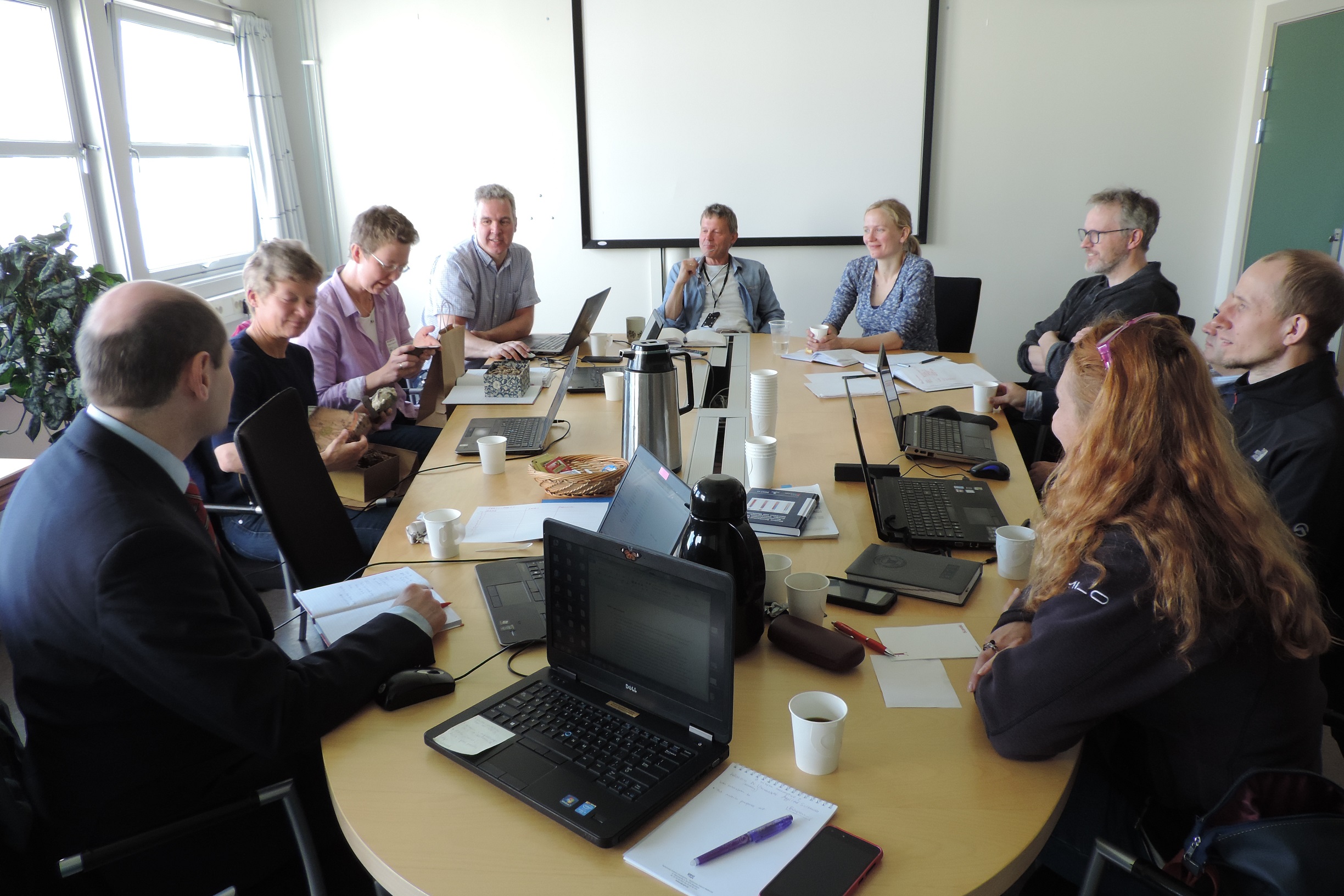 During both events in Bergen, a joint poster of PIG-PIB and CMR employees, entitled “Geothermal4PL – Support for Sustainable Development and Use of Shallow Geothermal Energy within the Areas of the Mieszkanie Plus Programme in Poland, was presented. The Main Objectives and Planned Results of the Bilateral Polish-Norwegian Project”, and a presentation was made to introduce the familiarise the participants with selected aspects of geothermal energy in Poland, our Institute’s activity in this field and experience in similar projects, both at the national and international level.

The PIG-PIB experts were told about the CMR and CRES activities and the energy policy of the City of Bergen, which is based on a gradual reduction of the use of fossil fuels and its replacement with renewable energy sources, including shallow geothermal energy, until 2030. At the end of the session, a study visit took place during which the PIG-PIB and CRES representatives examined two heat pump installations used for heating and cooling buildings in Bergen. 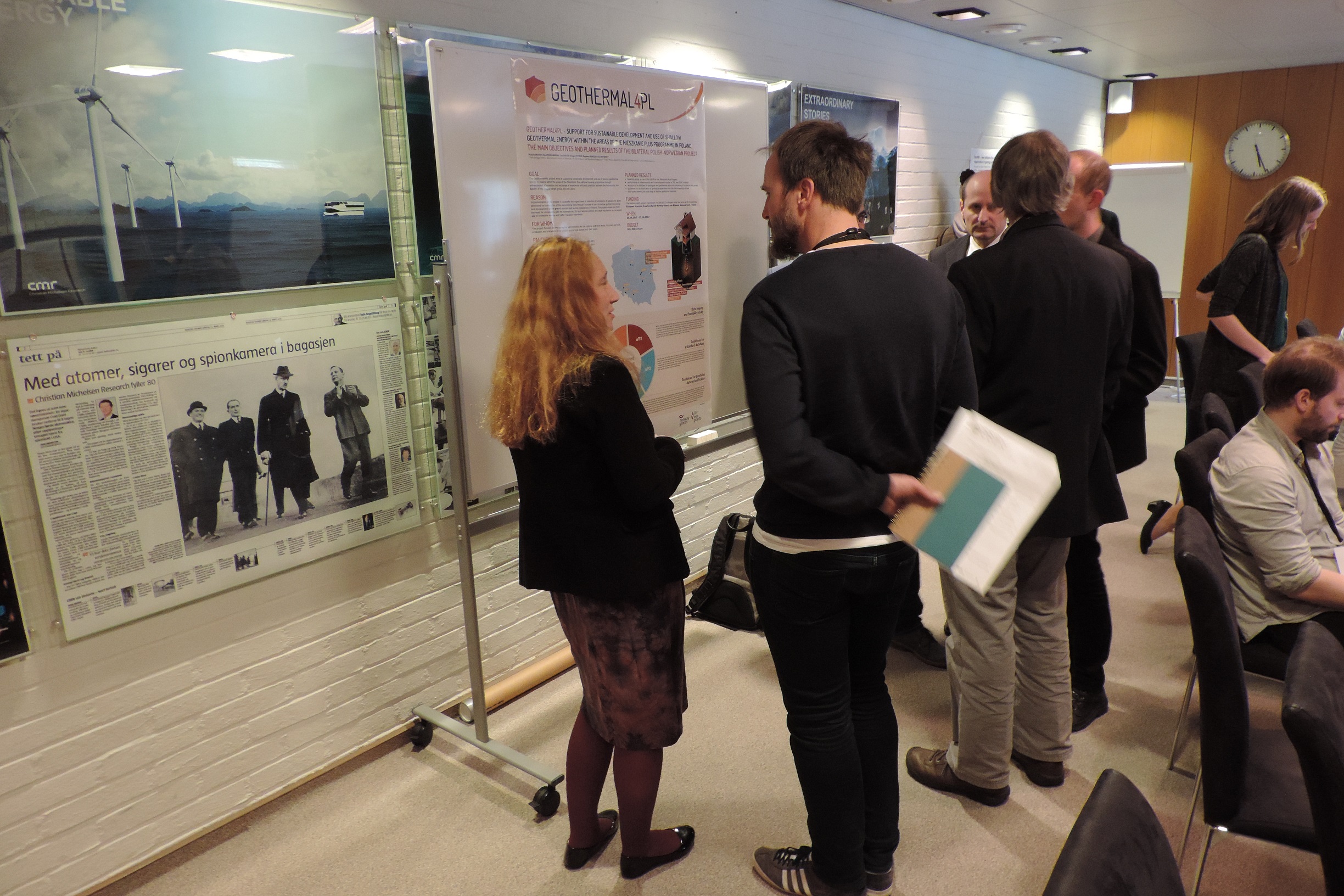 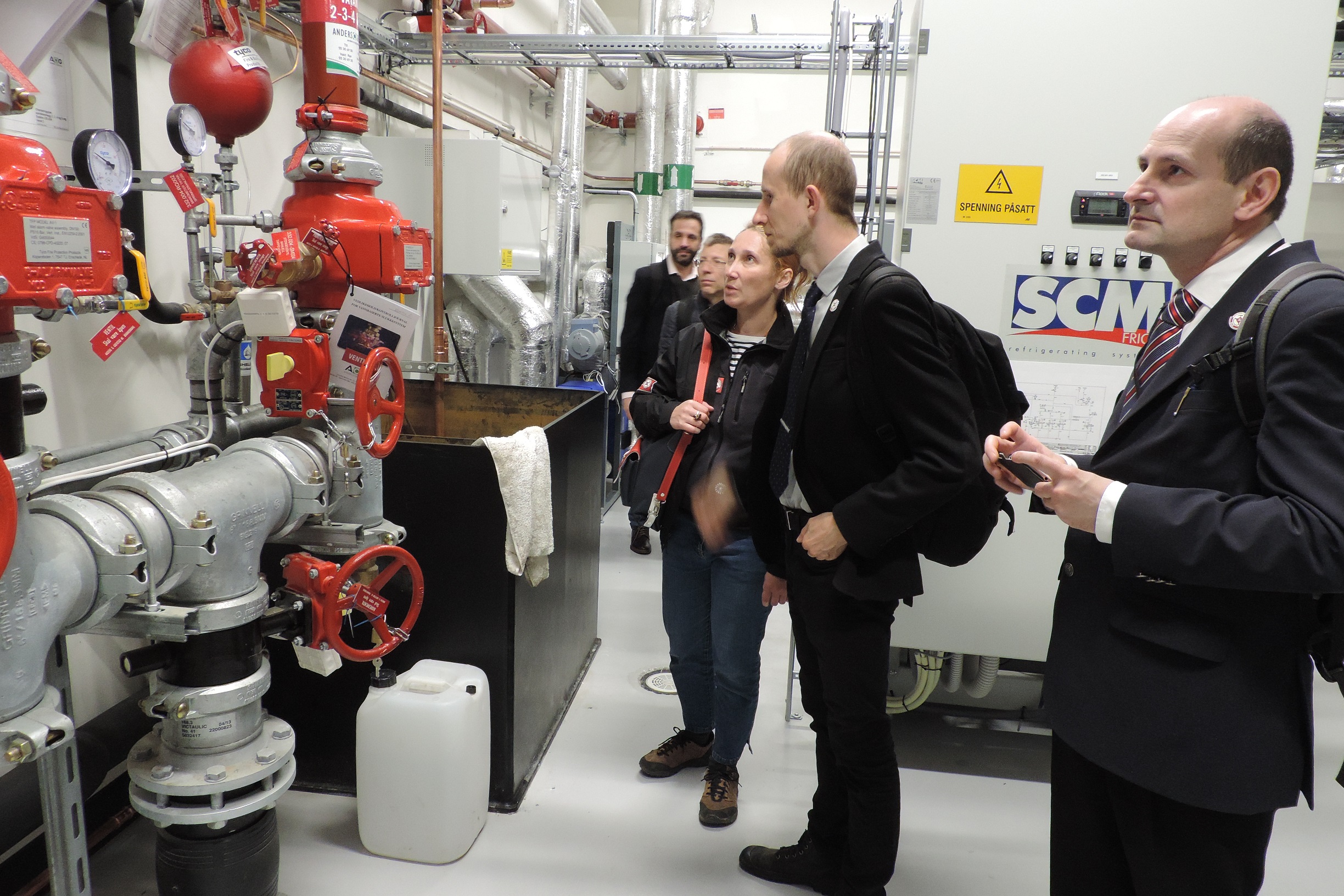 The meeting in Trondheim concentrated on technical issues related directly to the implementation of the Geothermal4PL project. The talks were attended by the CMR representatives as well as NGU and NTNU experts. The plan and methods of implementing all project tasks and the detailed scope of cooperation were discussed. The NGU experts also familiarised visitors with the Norwegian geological survey, particularly in the field of collecting, processing and sharing drilling data. A second study visit also took place on this day. This time, it involved a geothermal water-to-water installation operating near Trondheim. 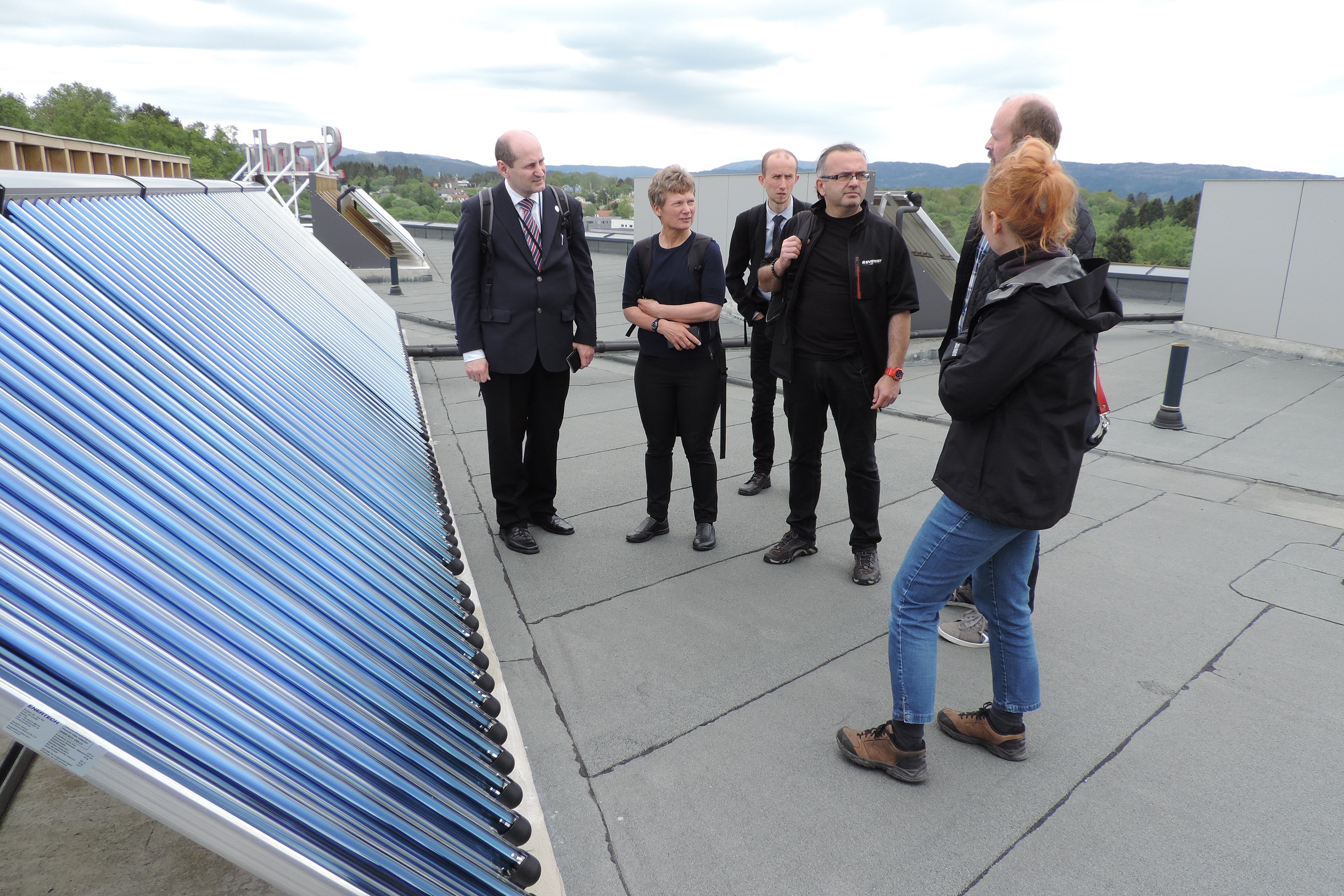 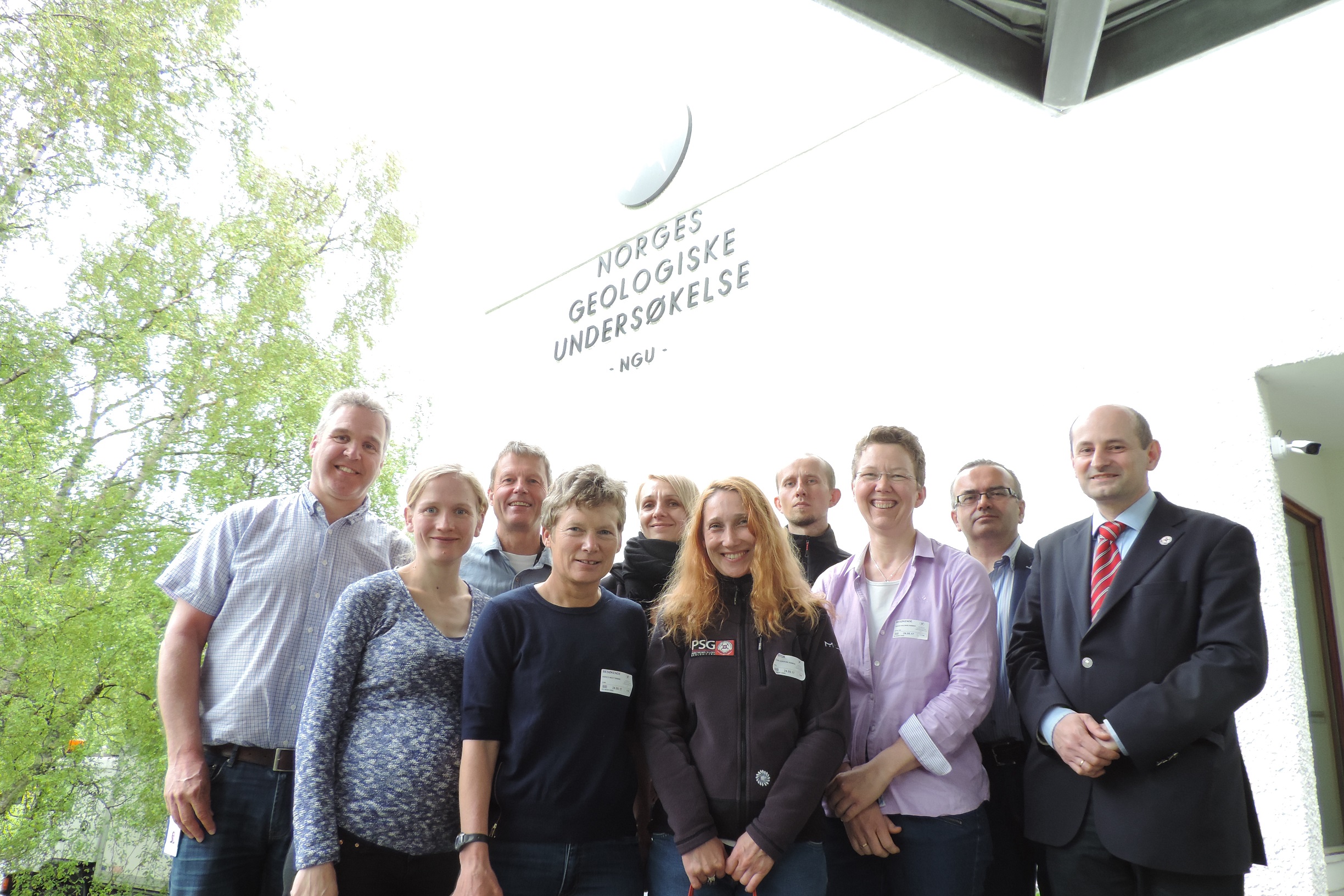 The Geothermal4PL project is funded under the European Economic Grants, Norway Grants – Bilateral Cooperation Fund programmes. In October 2017, a training session will be held at the European Centre for Geological Education in Chęciny for geological administration, designers and contractors of heat pump installations and the closing session of the project is planned for the 6th Conference of the Contemporary Problems of Engineering Geology in Rzeszow.