In late August, the scientists conducted field performance tests for a borehole heat exchanger with the depth of more than 200 m as part of the Geothermal4PL joint project.

“Support for the sustainable development and use of shallow geothermal energy in the areas covered by the Mieszkanie Plus programme in Poland” – this is the full name of the Geothermal4PL project carried out jointly with Norwegians, who have extensive experience in the use of geothermal energy. Within the framework of the project, PIG-PIB employees and their Norwegian partners from the Christian Michaelsen Research (CMR) centre exchanged their experience in the area of testing methodology used for the examination of the effective performance of borehole heat exchangers using a TRT (thermal reaction test) probe. The study was conducted in Bergen, Norway, in a borehole heat exchanger located in a borehole with the depth of 220 m under ground level and consisting of a double U-tube with the outer diameter of 32 mm. The borehole and the device were made available by CMR.

The tested exchanger is one of the elements of the lower heat source for a cooling and heating system based on ground-source heat pumps for a newly designed agricultural machinery exhibition complex. The testing included temperature profiling, a borehole thermal dissipation test and a 48-hour TRT test.

Thanks to the visit to Norway, the PIG-PIB employees learned the testing methodology used for deep borehole heat exchangers. The typical borehole depth in Poland is 100 m – less than half the depth of the borehole in Bergen. 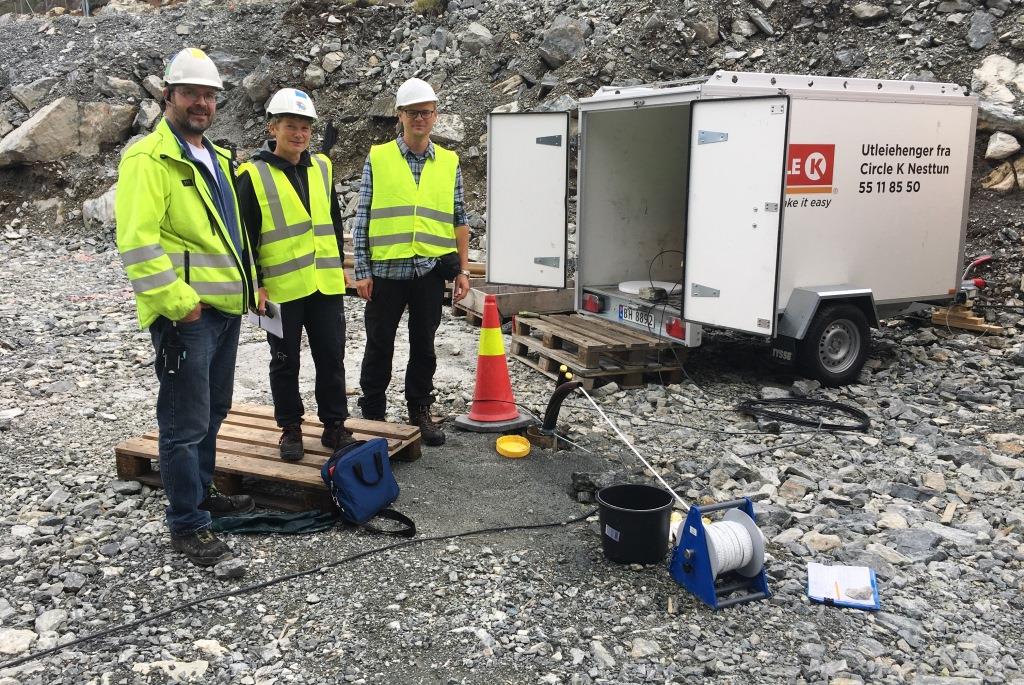 The Polish-Norwegian team working on the initial temperature profile of the heat exchanger as part of the Geothermal4PL project (from left: Ove Sivertsen (B. Fondenes AS), Kirsti Midttømme (CMR), Paweł Czarniak (PGI-NRI). 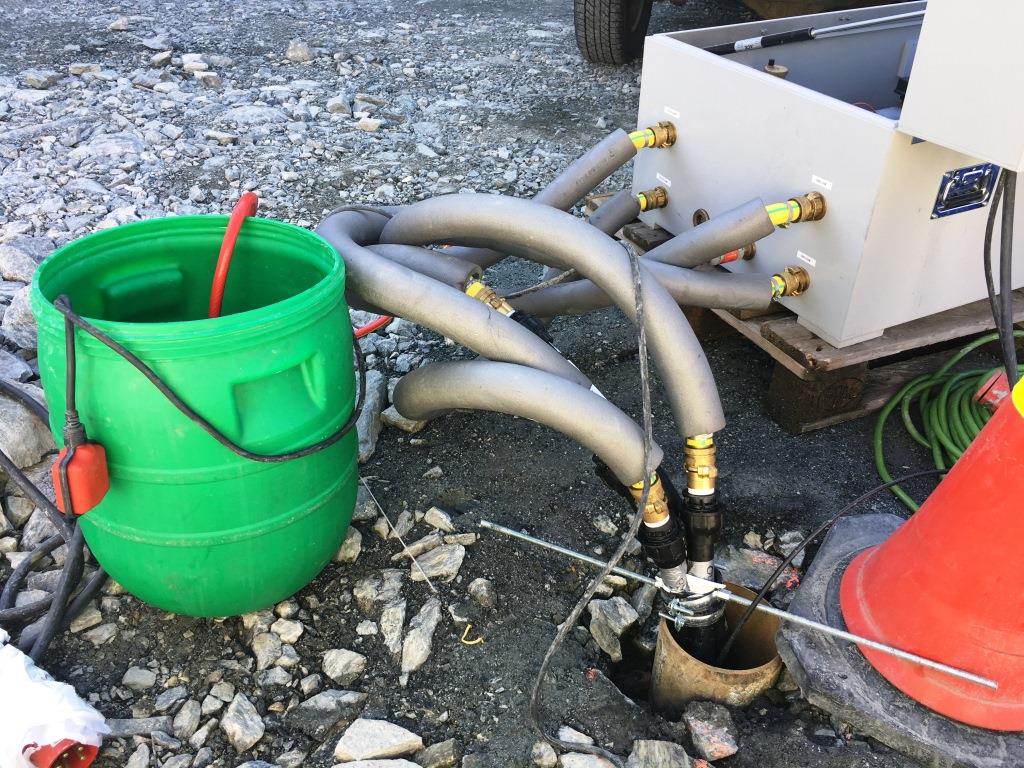 The team used a borehole heat exchanger consisting of a double U-tube with the diameter of 32 mm and depth of 220 m. The TRT probe (GeRT model) in the possession of PIG-PIB makes it possible to test exchangers of this type. 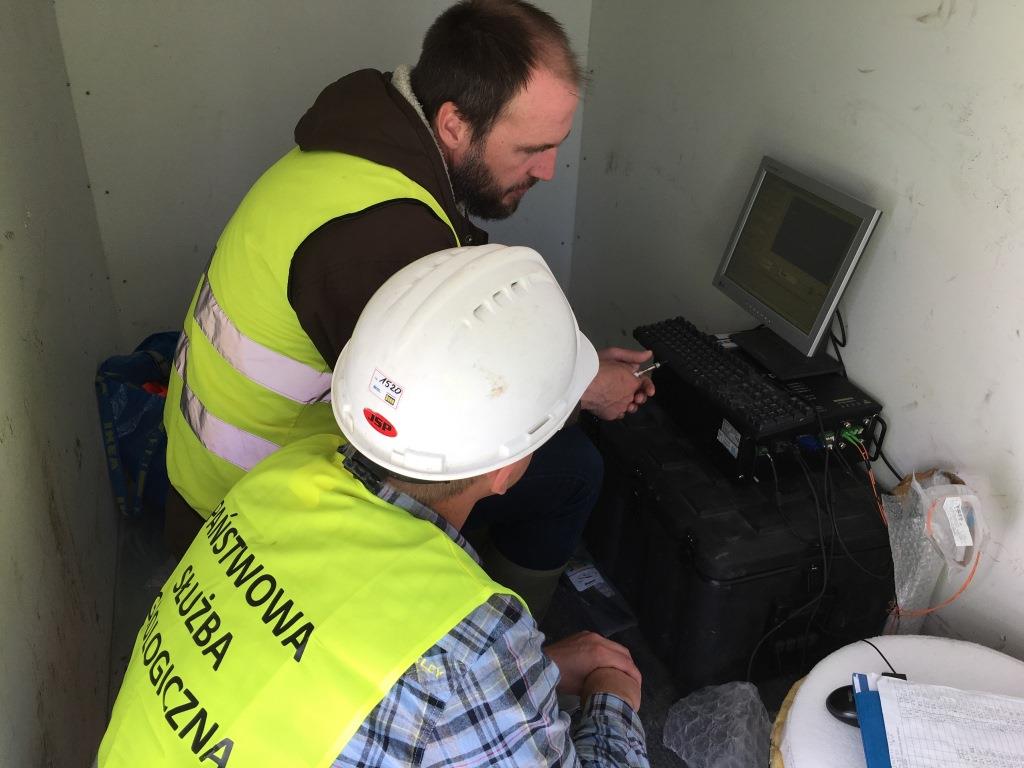 An optic fibre sensor system was installed to monitor the temperature variation during the TRT test and the subsequent exploitation of the borehole. During the visit to Bergen, CMR specialists shared their experiences on the temperature monitoring techniques using optical methods with PIG-PIB representatives. (from left: Stian Stavland (CMR), Paweł Czarniak (PGI-NRI). 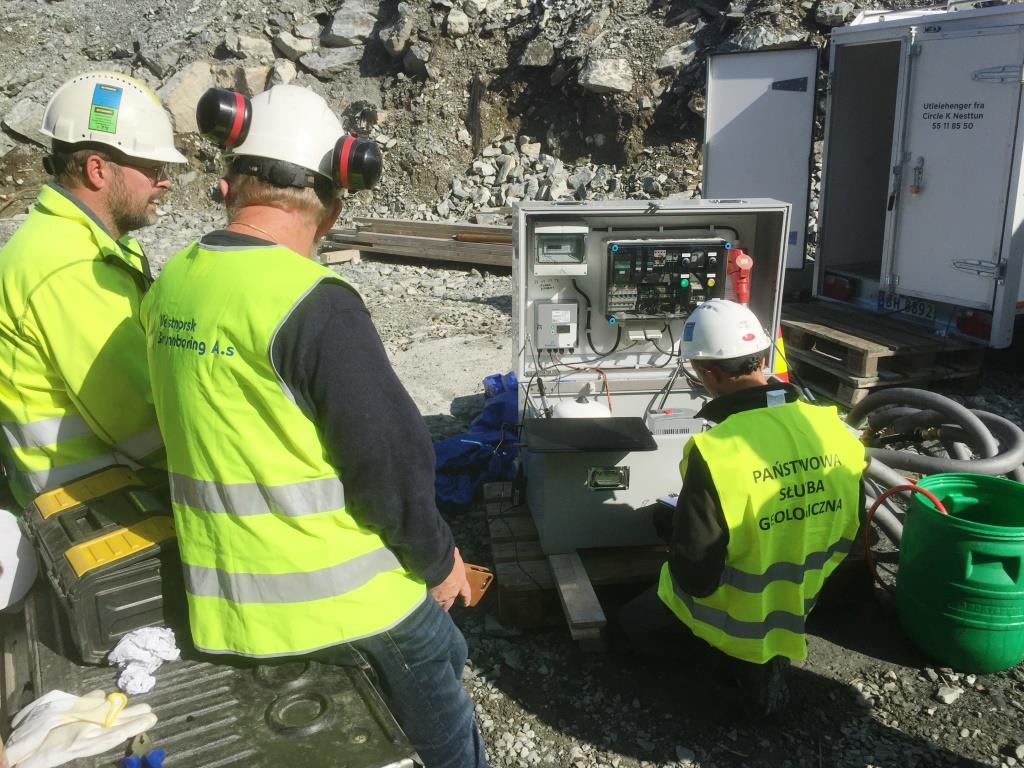 The TRT test has been started. The Polish-Norwegian team of the GT4PL participants records the first readings. 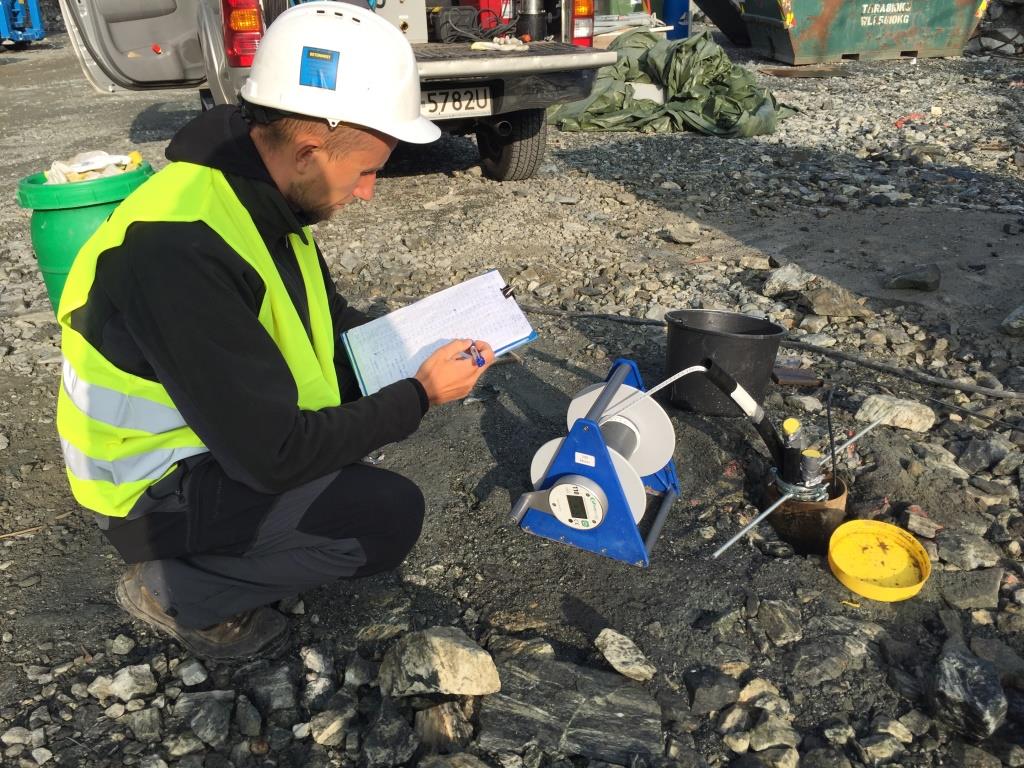 Once the TRT test is completed, a thermal dissipation test is performed as standard. The temperature profiling performed at hourly intervals after the borehole warms up makes it possible to identify the zones of anomalous thermal properties and determine the rate at which the temperature returns to natural conditions.