It is used by both the industry and households. Polish researchers develop new ways of using the Earth’s geothermal potential. They also draw on the experience of foreign centres. They continually deepen their knowledge and train to ensure that the designed installations are as efficient as possible.

As part of the acquisition of knowledge and exchange of experience, a Polish-Norwegian team of geologists took part in a workshop led by UK experts at the end of August. The purpose of the workshop was to improve the expertise of the Geothermal4PL project team in the field of low-temperature geothermal. 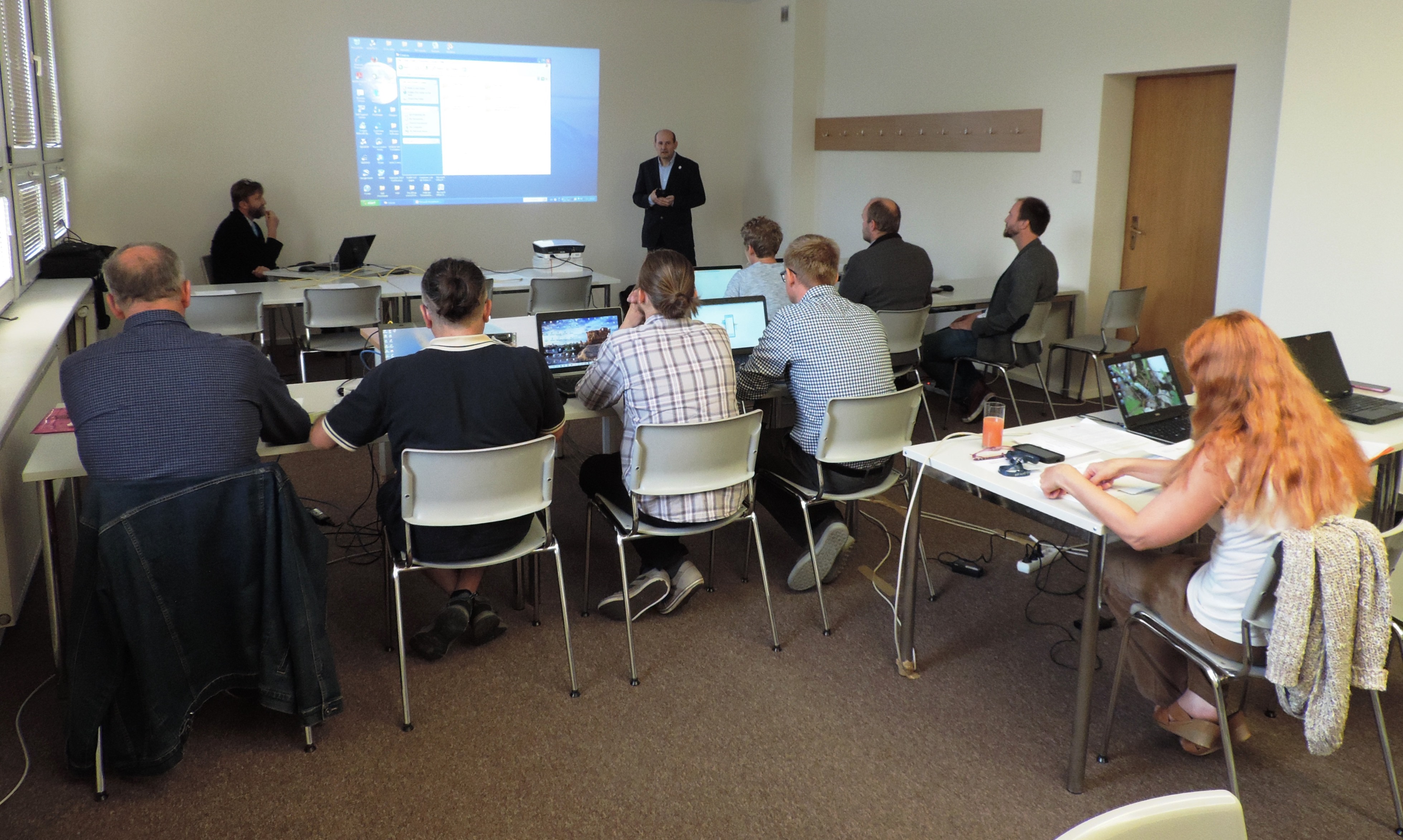 An important part of the course was the subjects devoted to the design aspects of closed systems – ground-coupled heat exchangers, which are the most popular solution in our country. Practical training conducted in the Earth Energy Designer software and computational exercise solving enabled the participants to gain knowledge on the subject of optimisation of ground-coupled heat exchangers for planned projects and carrying out simulations of the decrease in rock-solid mass temperature over a 30-year-long lifetime of the system. The correct design and the selection of the optimum number of boreholes are essential for proper operation of ground-source heat pump systems, and borehole drilling represents a significant part of the costs of low-temperature geothermal systems. 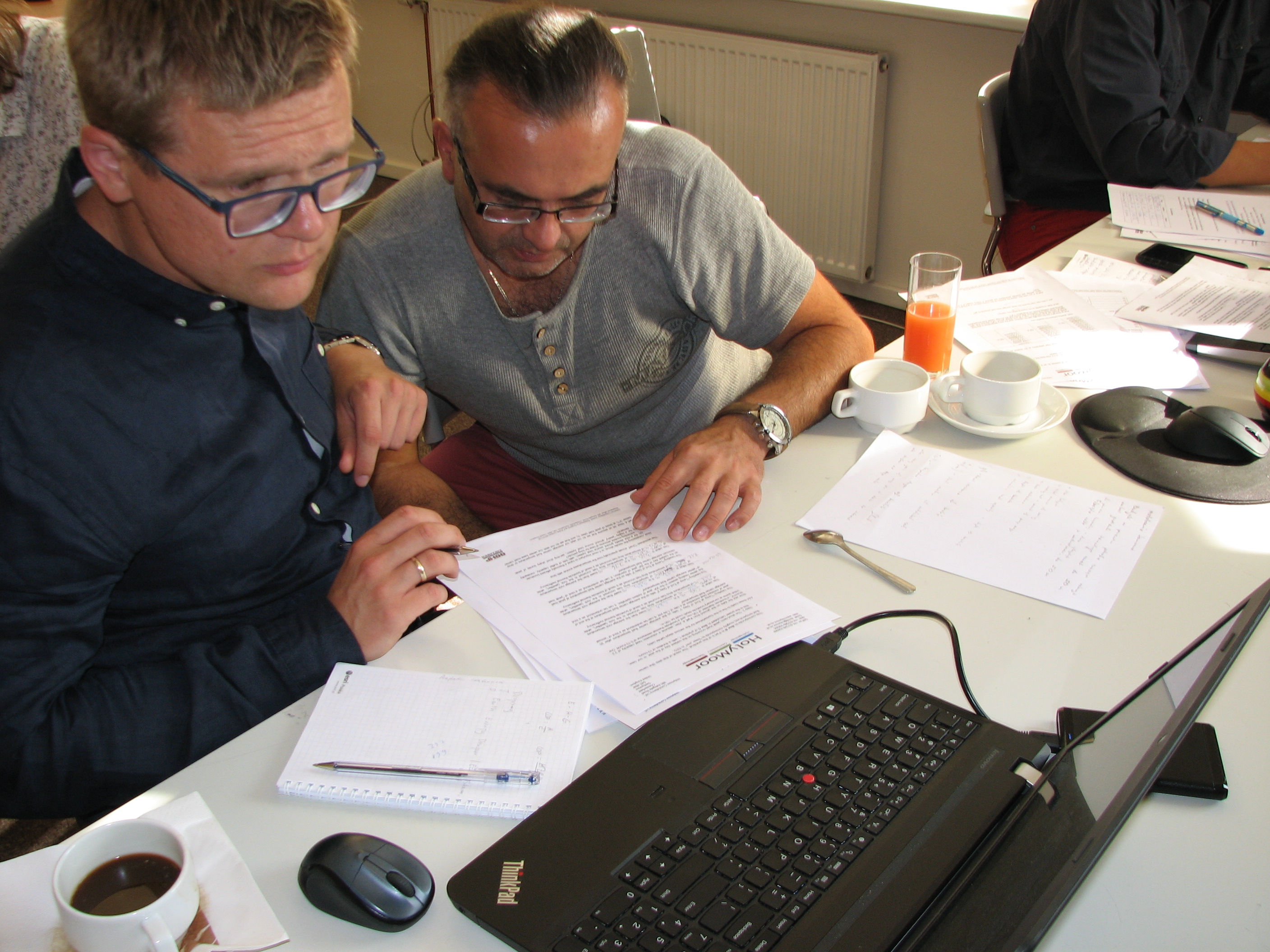 The workshop included practical training, such as conducting calculations using the EED software and spreadsheets

The scope of the workshop covered 9 thematic blocks:

The training was conducted as part of the Geothermal4PL project: “Support for the sustainable development and use of shallow geothermal energy in the areas covered by the Mieszkanie Plus programme in Poland”. It included the contents of the courses: “An Introduction to Ground Source Heating and Cooling” and “Intermediate Thermogeology”.

The workshop was led by hydrogeologist David Banks from Holymoor Consultancy Ltd. from the United Kingdom, who is the author of e.g. the monograph: “An Introduction to Thermogeology: Ground Source Heating and Cooling” (2012), as well as a trainer and co-author of training materials for designers and installers of GEOTRAINET (geotrainet.eu) ground-source heat pumps. David Banks has more than 25 years of experience in consulting in heating and cooling with the use of ground-source heat pump systems and has lectured at universities in Sheffield, Leeds and Newcastle-upon-Tyne for many years. He was an employee of the Geological Survey of Norway for more than 10 years, which is important for the project, as the participants learned about Norwegian conditions and practices in shallow geothermal during the workshop. 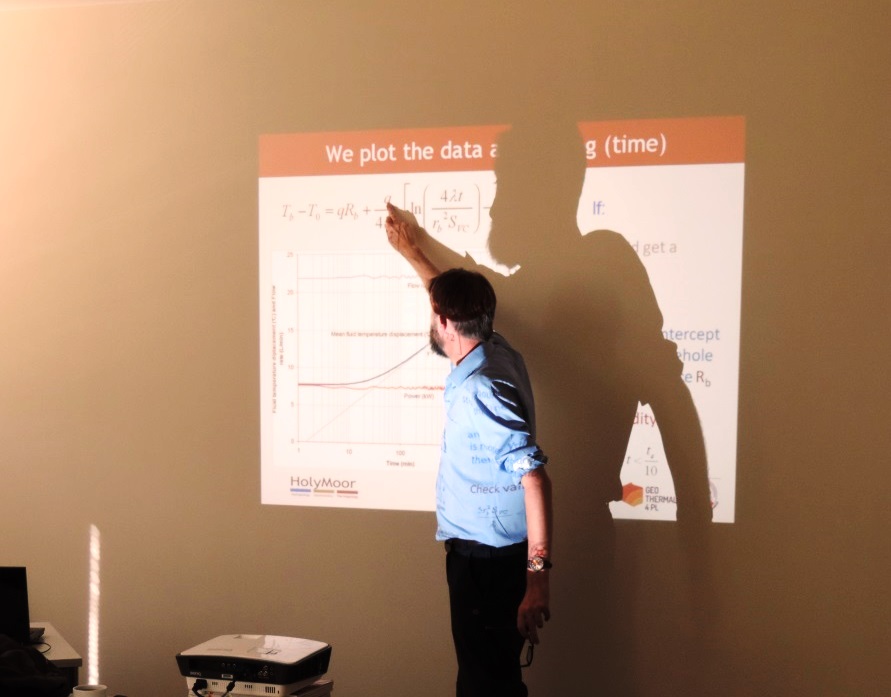 The workshop was led by David Banks from Holymoor Consultancy Ltd. from the United Kingdom

The knowledge gained during the workshop will be passed on. For example, it will be used to develop a programme for the training targeted at stakeholders of the Geothermal4PL project, which is scheduled for October 2017. 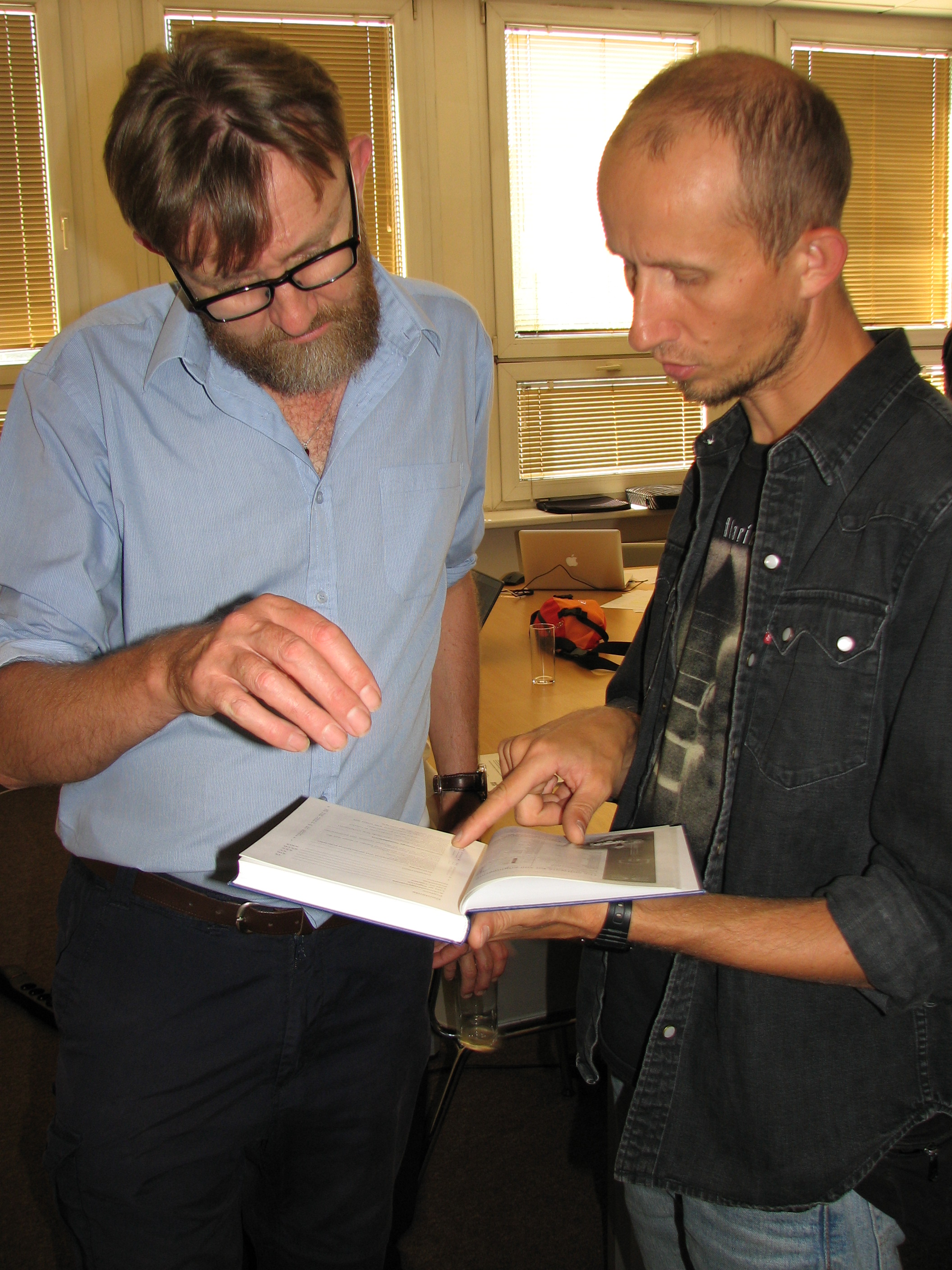