Geothermal4PL at the geothermal congress in Munich

It is the third time that the Polish Geological Institute – National Research Institute has been actively involved in the German Geothermal Congress in Munich, one of the most important and largest industry events organised by our western neighbours.

During the shallow geothermal session, which was held on 13 September 2017 as part of the Geothermal4PL project, the staff of the Institute, i.e. project coordinator Maciej Kłonowski, PhD, and WP3 task leader Jacek Kocyła, PhD, gave a presentation on the process of acquiring, interpreting and reclassifying geological data for the purposes of evaluation of the potential of shallow geothermal energy and the development of geothermal maps. 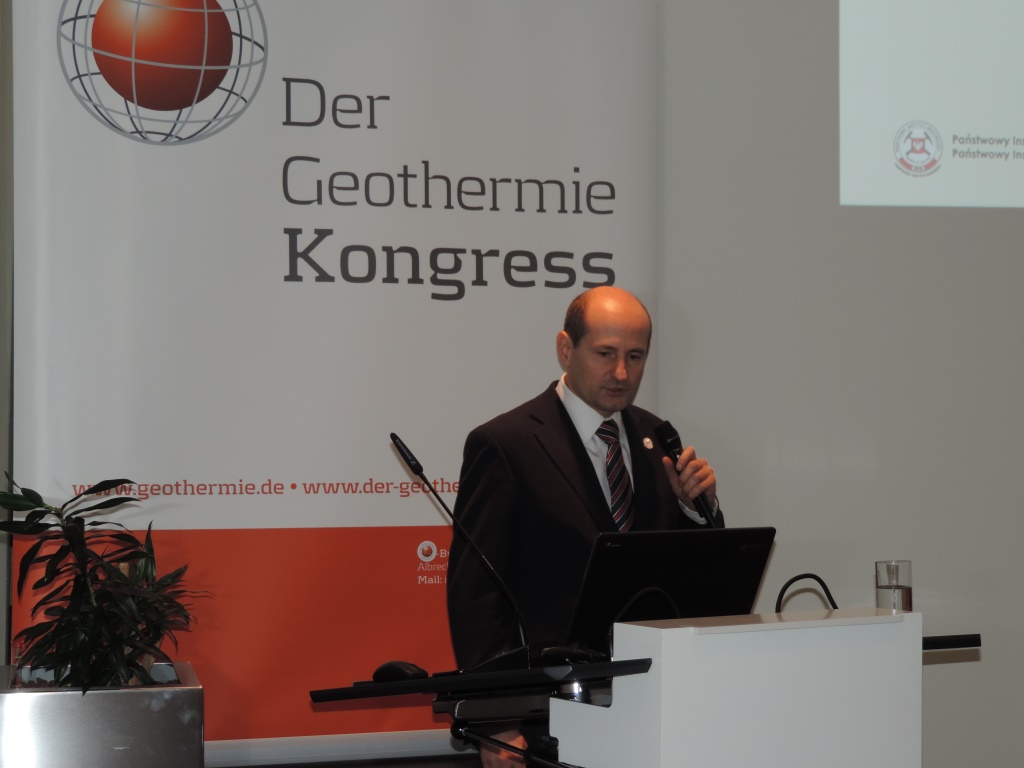 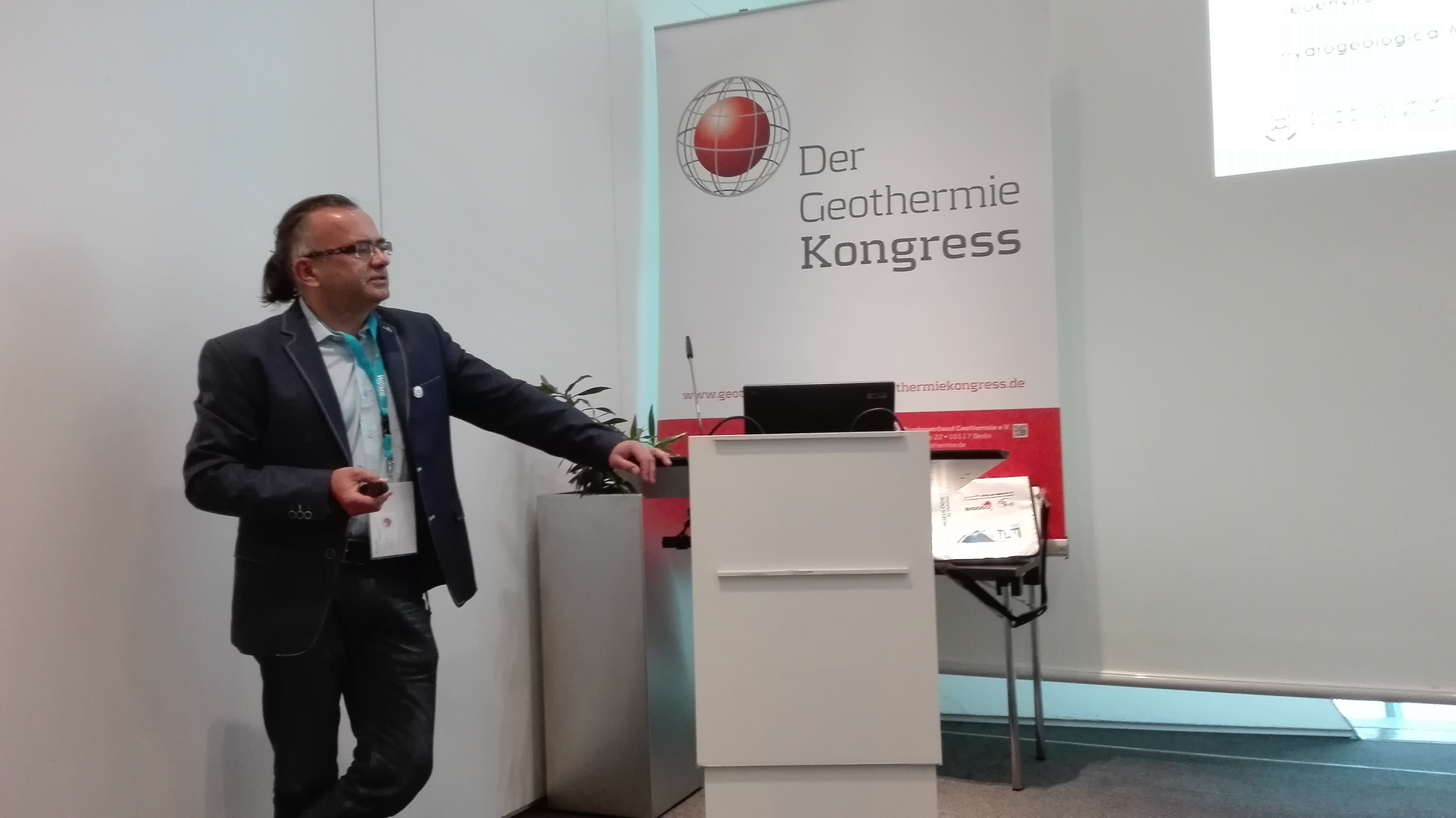 During the congress, various aspects of the Geothermal4PL project were also presented by Eliza Dziekan-Kamińska, MSc, and Magdalena Sidorczuk, PhD, who are leaders of WP2 and WP5 tasks, respectively, and co-authors of the main paper. The presentation sparked great interest among participants and triggered a substantive discussion.

A poster session was held at the Congress, during which 25 posters were presented. The PIG-PIB representatives took part in lectures devoted to EU-funded projects in which the Institute is a partner, i.e. GeoPLASMA-CE, implemented under the Interreg Central Europe Programme 2014-2020 and GMEX, implemented under the Horizon 2020 Programme. 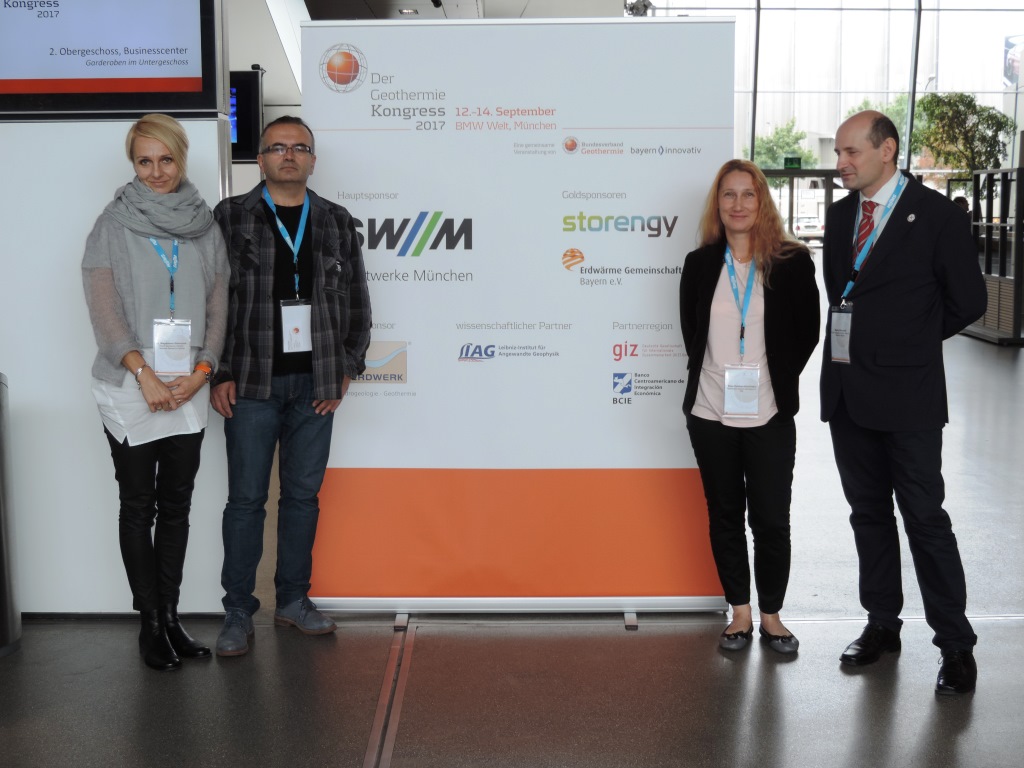