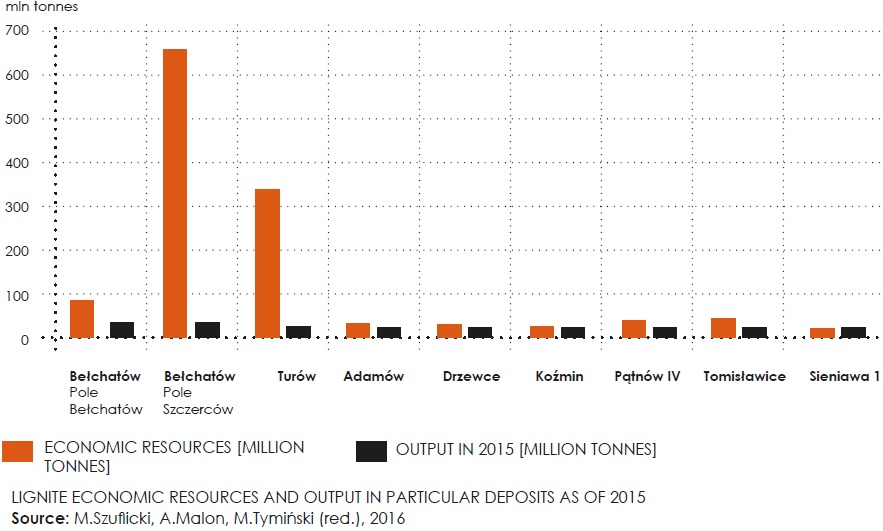 KWB Sieniawa where production started in 1873, is the oldest active lignite mine in Poland. The Bełchatów Mine commissioned in 1980 is the most recent one.

Lignite price is not quoted at international markets.

Several hundreds of small, mostly underground mines existed before 1945 in the present-day territory of Poland. 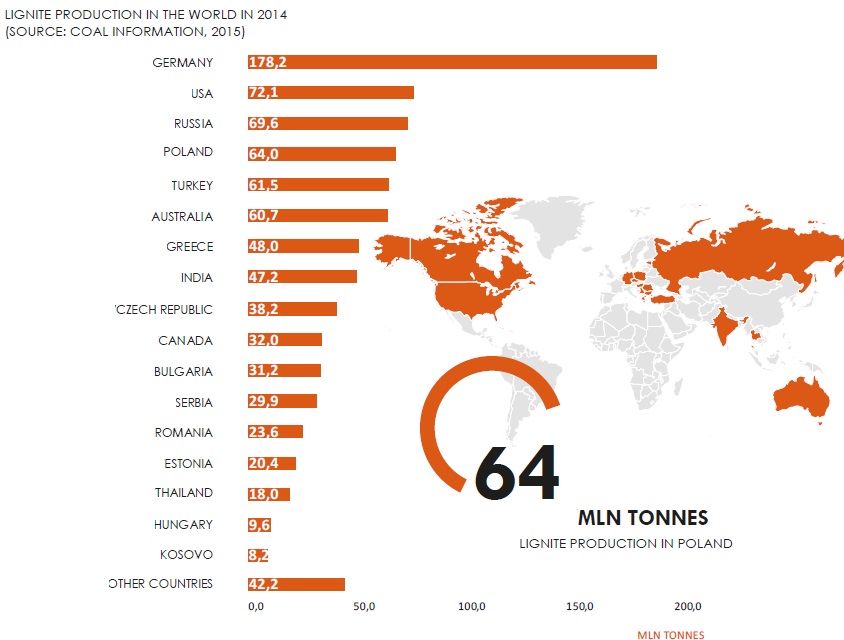