According to existing data, all deposits that have been so far investigated in Poland are of autochthonous origin, i.e. they were formed in the place of organic matter deposition. Lignite deposits were formed in depressions subjected to gradual subsidence.

Lignite occurs in a few to several tens of metres thick beds or in the form of lenses. 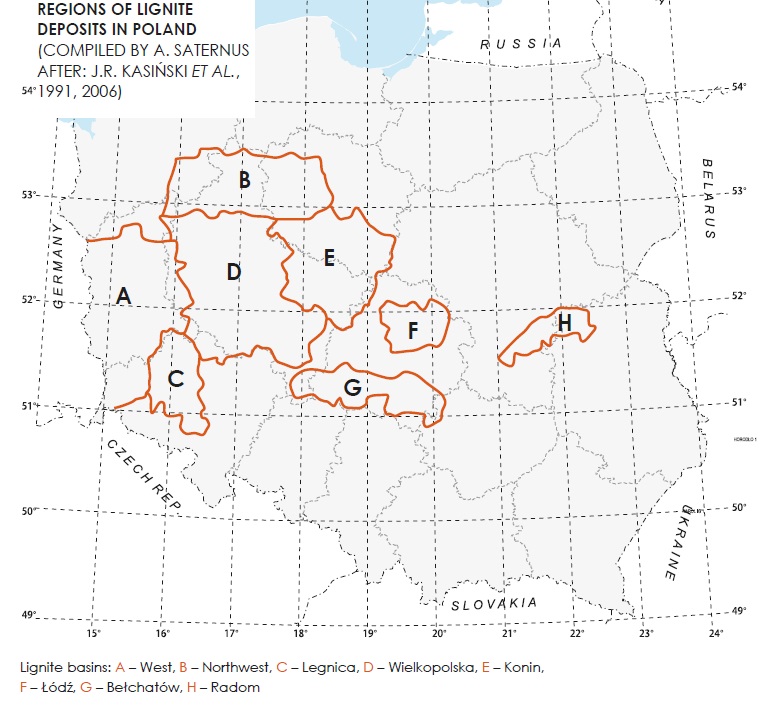 As of 31 December 2015, there were 91 documented lignite deposits in Poland. Deposits of operating mines contain 1,418.70 million tonnes of lignite and account for a fraction (6.0%) of the total anticipated economic resources.

Anticipated economic resources of lignite have increased significantly (by almost 10 billion tonnes) in the years 2008-2015, when 18 deposits previously attributed to prognostic resources** were finally documented and included into the balance of mineral resource. 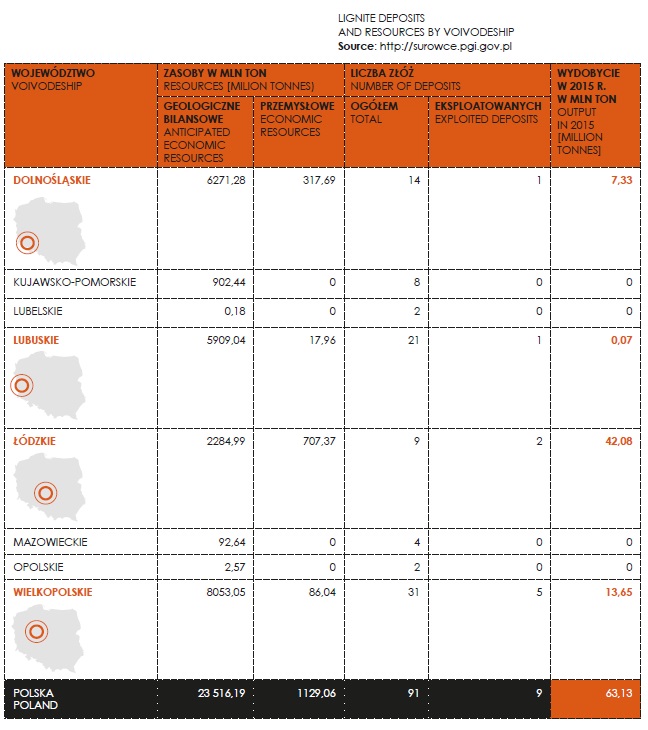 There are 74 documented lignite deposits in Poland that are still to be developed, for example: 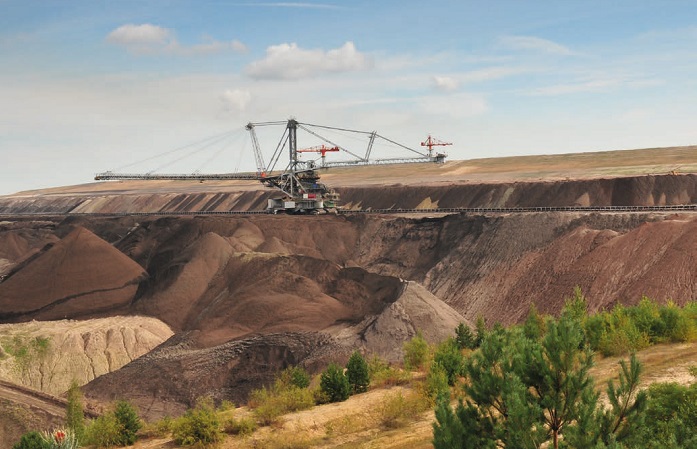 In total, 44 countries worldwide have commercial lignite resources estimated at 512 billion tonnes. Assuming than 900 million tonnes of lignite are produced annually, these resources would satisfy demand in the next 500 years. The largest resources are held by Germany (the Rhineland Lignite Basin, Helmstedt Basin, Lusatian Basin, Middle German Basin), Russia (the Kansk-Achinsk Basin, Moscow Coal Basin) and by the Czech Republic (the North Bohemian Brown Coal Basin). The Lena Basin in Russia is the largest lignite basin in the world: its size is about 600,000 square kilometres, almost the double of Poland’s surface area. Both lignite and a small quantity of hard coal are produced there.

* economic resources – part of anticipated economic resources or anticipated sub-economic resources or – in case of brines, curative and thermal water – exploitable resources, within the designed mining area or detached part of the deposit designed for exploitation, which can be designed for mining according to detailed technical and economical analysis taking into account law requirements, including environmental restraints (according to Regulation of the Minister of the Environment of 24 April 2012 on the detailed requirements for geological documentation of mineable deposits other than hydrocarbons – 2012 Official Journal, Item 511)

** prognostic resources – resources estimated on the basis of sparse points of raw material (deposit) confirmation and on the basis of geophysical data, which allow for approximate determination of the deposit area occurrence (Nieć, 2012)